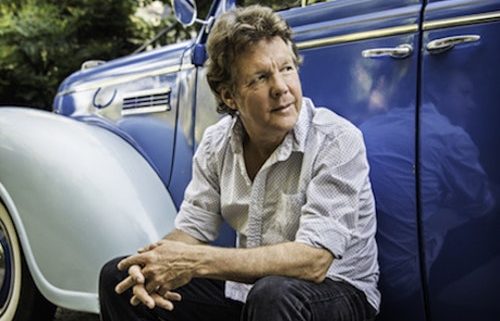 On Saturday, November 17, at 8 p.m., Steve Forbert will bring his creative songwriting and masterful musical skills to the Forty Acres Concert stage at the Five Oaks Clubhouse!

Compromised is Steve Forbert’s newest and from the comparative essay of the disc’s title song, (complete with catchy chorus and signature harmonica solo), to the exasperated advice for everyman on the album closer, Whatever, Man, Steve Forbert leaves no stone unturned in his exploration of life, love, turmoil, and survival.

Steve Forbert left his hometown of Meridian, Mississippi in his early 20s and headed for the Big Apple in search of recording deals and larger audiences.

He started out playing for change at Grand Central Station and hitting every open mic night he could before eventually moving into the club scene at infamous spots like New York City’s CBGBs.

At a time when rootsy rock was fading in favor of punk-edged bands such as the Ramones, Talking Heads, and Blondie, Forbert’s folk-pop Romeo’s Tune hit #11 on the charts and brought him into the international spotlight.

Critics and the public embraced his melodic and lyrical styles, a more traditional sound among the post-disco punk and rock of the late 70s and early 80s.

Always following his own instincts, Forbert says, I’ve never been interested in changing what I do to fit popular style and needs. And that’s the motto he has lived by since the release of his debut album, Alive on Arrival, in 1978.

Rolling Stone contributing editor David Wild recently wrote that now or then, you would have been hard-pressed to find a debut effort that was simultaneous as fresh and accomplished as Alive on Arrival. It was like a great novel by a young author who somehow managed to split the difference between Mark Twain and J. D. Salinger.

Tickets are $20 advanced, through the Brown Paper Ticket link, and $25 at the door, if available.